The Robomow RS635 convinces with its modern appearance and its stable and weather-resistant construction. The processing is very high quality and corresponds to a lawnmower robot, which can stand outdoors in wind and weather. Its beautiful color and the modern shape. Make the RS635 a real eye-catcher in any garden.

The mowing performance of the Robomow RS635

In the area of the surface performance, the RS635 was again shoved. It creates a lawn area of up to 3500 m² and convinces with its large cutting area of 56 cm. He works quickly and purposefully. Also at corners and edges, the Robomow makes a clean cutting edge. 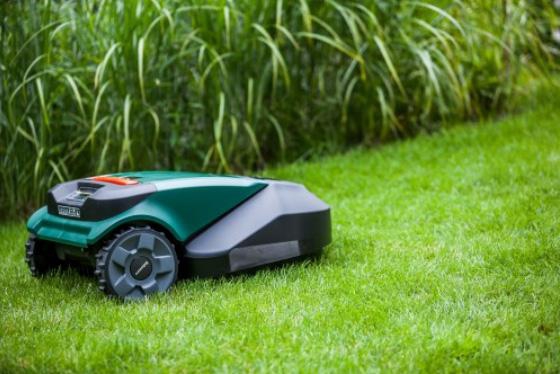 The RS635 has a very large lithium-ion battery, which has a long running time of up to 100 minutes. The battery is technically advanced and meets the highest technical requirements. The charging time is very short with 1.5 hours, so the Robomow can mow very often. 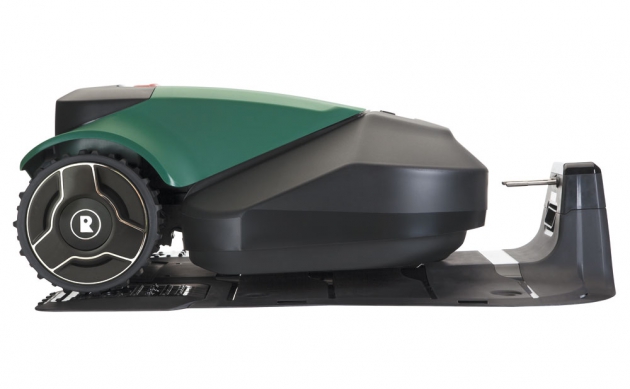 The Robomow RS635 has a charging station and a timer function. Any number of mowing times can be defined. The Robomow then runs independently for lawn mowing and then automatically returns to his charging station, it recharges and then restarts the next mowing pass.

With Robomow's free app, the robot can be controlled manually. Also settings can be made via this. You can find the app here:
Robomow App download.

Attention: In order to use the app, you need a smartphone or tablet with the correct software version. You can find out which versions are supported in the App Store or Google Play Store. 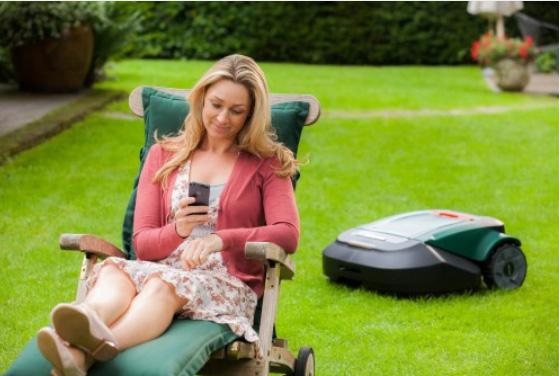 The Robomow RS635 has two stainless steel blades with which it reaches a cutting width of 56 cm. Due to the extremely large blades, it works faster than most other mowing robots. 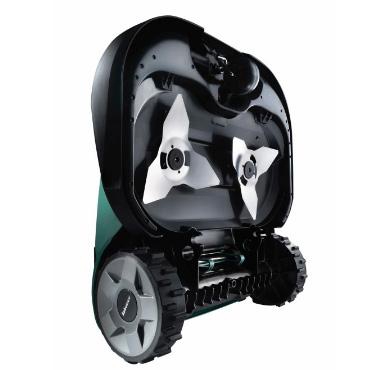 Through its obstacle sensors and impact sensors, the Robomow RS635 recognizes objects and moves very lightly against them. It is safe from theft, thanks to the PinCode and alarm system. Without a valid PinCode the Robomow is useless in another lawn area. When it rains, the rain sensor of the Robomow detects and does not let it mow. As soon as it is dry, the Robomow begins it cutting operation.

The Robomow produces a pleasant 70 dB loudspeaker, which is an average compared to other mowing robots. It can therefore be used without any problems at normal lawn mowing times. The garden can be used in parallel and you can talk normally. For the neighbor not to hear. Significantly quieter than a conventional mower.

You can test the Robomow RS635 in your garden. We give 3 years warranty and free support on the lawnmower robot Robomow RS635. If you have any questions or problems, please do not hesitate to contact the Robotic Team personally, by phone or by e-mail.

Give a review now

Unfortunatly there is no reviews for this product.

5£ Discount for your newsletter subscription

Only for a limited period: Subscribe now and get a 5£ discount for your next order on Haushalts Robotic!

Yes I want to receive new offers and be informed on special offers and agree that the newsletter is sent to following address:

The voucher code is sent to you via email after you have confirmed your email address for the newsletter subscription. The voucher can be used for the entire product range on haushalts-robotic.de. The voucher can`t be combined with other discounts or vouchers.

We look forward to you getting in touch with us via our form. We will gladly help you with your queries and provide you with advice in respect to products, your order etc.


You can continue to browse for suitable accessories and other products or go to checkout.